Dementia in the DNA

Different traits, mannerisms, and susceptibilities are passed down from generation to generation. In my case, I most resemble my mother’s family. My skin, hair, and eye colors come from them. My warped sense of humor has been bequeathed to me by both my father and my maternal grandmother. My affinity for music and dance and my artistic proclivities come from my mom and her kin. My love of the mountains and rolling farmland and even my nose shape are thanks to my paternal line.

END_OF_DOCUMENT_TOKEN_TO_BE_REPLACED 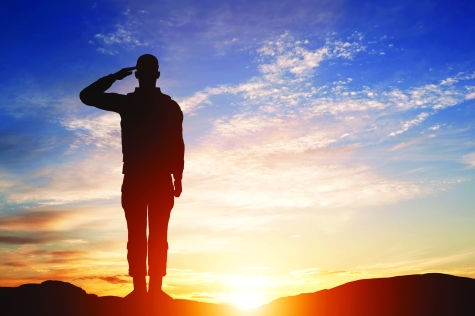 Today is Memorial Day in the United States, a day to spend with your family and for remembering those who made the ultimate sacrifice for their county.

Early this morning, as I was preparing my homemade potato salad and cole slaw for tonight’s picnic, I gave thanks for our ancestors who have taken up arms through the centuries, particularly those who have perished while serving their country or cause, including:

END_OF_DOCUMENT_TOKEN_TO_BE_REPLACED

In the mid- to late-1800s, a phenomenon known as “fasting girls” were documented in the Americas and Europe. These young girls, usually preteens, claimed that they could survive for long periods of time without eating.

During the Middle Ages, some saints were said to have been able to survive without nourishment. Because of this precedence, many of the Victorian-age faithful regarded these fasting girls as miraculous and saw this self-starvation as a sign of sanctity. As a result, these young girls became spectacles, put on display, often for a price and always at a cost.

Thankfully, the fascination with fasting girls faded. Doctors eventually determined that these girls had suffered from anorexia nervosa, an eating disorder where food intake is restricted as a way to cope with negative emotions.

END_OF_DOCUMENT_TOKEN_TO_BE_REPLACED

For more than two decades, I have researched my and my spouse’s families’ histories. Initially, I did this for myself and my children—to connect us to the past through our ancestors.

Over time, my tree has grown. New branches have sprouted for the in-laws’, step-families’, and others’ families. Currently, nearly 12,000 people inhabit our combined family trees.

END_OF_DOCUMENT_TOKEN_TO_BE_REPLACED

Many of us have been there at least once in our lives. Standing in a crowded airport, patiently waiting for our suitcases. Meanwhile, lots of look-alike luggage slowly passes by, piece by piece. All around are other passengers, hustling and bustling, grabbing their possessions and hurrying on. And still, we wait and we wait and we wait. Where the heck is that darn suitcase?