In between Shakespeare and statistical analyses, Austen and annual reports, I indulge in historical romances. I especially relish reads whose heroines are spirited, steely-spined, softhearted survivors. And when it comes to strong women, author Mary Jo Putney always delivers. 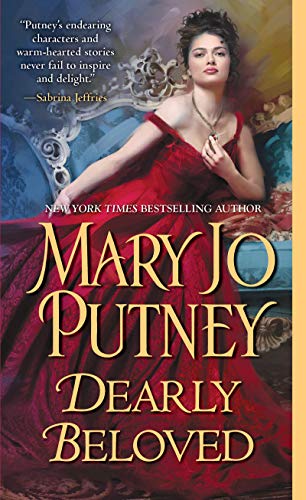 Her novel, Dearly Beloved, written in 1990 and re-released in 2019, is no exception. But instead of just one tough lady, this novel boasts three! Each woman has suffered and struggled. Because of the hardships and heartaches these ladies have endured, they have become better versions of themselves.

However, despite these strong female characters, there are several aspects of this novel with which I took exception, especially in the first chapter when a less-than-fatherly father forces the male protagonist to marry his underage daughter. After the farce of a wedding, the male protagonist takes out his frustration on the innocent girl by raping her. Fast forward several years: This same man is back, somewhat redeemed but still flawed. Meanwhile, lurking in the background is a predatory male, who stealthily stalks the heroine throughout the pages.

Like many late-20th-century bodice-ripper books, Dearly Beloved‘s women are used and abused by men, all in the name of love and romance. But this is the 21st century, and many readers’ sensibilities have evolved or been refined, including mine. Consequently, no matter how likable or admirable the female characters may be, I still felt slightly sullied after reading this book.

I received a complimentary copy of this book from Zebra Publishing through NetGalley. Opinions expressed in this review are entirely my own.

The Official Blog of P.D.Blake