Joan, the daughter of Edward I “Longshanks” and Eleanor of Castile, was born in 1272. Joan was eighth of 15 or 16 children of the couple (sources vary; two were unnamed). Although at the time of her birth, only brother Henry (born 6 May 1268) and sister Eleanor (born 18 June 1269) were still alive.

At the time of Joan’s birth, her parents were on a crusade in Acre in the Kingdom of Jerusalem. It was the ninth and final crusade to the Holy Land. Edward was the commander of the English troop, arriving in Acre in May 1271.

The crusade came to an end a year later in May 1272, when the King of Jerusalem signed a 10-year truce with the Mamluk leader. During this same time, an assassin’s arrow nearly ended Edward’s life, but he rallied. Once he and Eleanor recovered from their ordeals (his the arrow, her’s childbirth), they and baby Joan departed the Holy Land, first traveling to Sicily. While they were in Sicily, messengers arrived with the news that Edward’s father, Henry III of England, had died on 16 November 1272.

Although Edward was now king, he and Eleanor did not hasten back to England. Instead, they continued their slow journey through Europe, next visiting Eleanor’s mother Jeanne de Dammartin in Ponthieu, France. Edward and Eleanor then left young Joan in the care of her maternal grandmother and continued their journey.

For the next few years, little Joan was raised by her grandmother. Meanwhile, in Bayonne, France, Joan of Acre’s parents welcomed another child, son Alphonso, born on 24 November 1273.

About a year later on 14 October 1274, Joan of Acre’s elder brother Henry, while in the care of their paternal grandmother Eleanor of Provence, died in Surrey, England. He was only six years old.

About five months later, on 15 March 1275, sister Margaret was born in Berkshire, England.

In May 1276, sister Berengaria was welcomed to the family. Sadly, she died sometime before her second birthday.

On 16 March 1279, Joan’s beloved grandmother, Jeanne de Dammartin, died in Abbeville, France. With her passing, Joan of Acre headed “home” to England, stepping for the first time on its shores when she was seven years old.

No sooner had she arrived then her father, in the hopes of securing more political power and wealth, arranged for her to marry Hartman, son of Rudolph I of Germany.

Several months later, an unnamed sister was born in December 1277; however, she died less than a month later.

About a year afterward, an infant brother was born and died (dates unknown).

Then, in December 1281, tragedy struck: Joan’s betrothed Hartman drowned at sea. This calamity did not stop Edward from making an advantageous match for his daughter. Soon after, he entered into marriage negotiations with a man nearly 29 years Joan’s senior, Gilbert de Clare.

Circa 7 August 1282, sister Elizabeth of Rhuddlan was born in Denbighshire, Wales. (She was my 23rd great-grandmother.)

Joan’s youngest brother, Edward II, was born two years later on 25 April 1284, in Gwynedd, Wales. (He was my 21st great-grandfather.)

Through all of this, Edward I remained in negotiations with Gilbert de Clare on the “price” of his daughter’s hand. After five years of bartering, the betrothal agreement was finalized in Joan’s 12th year.

Six years later, on 30 April 1290, Joan of Acre wed Gilbert de Clare in Westminster Abbey, London, England. She was 18 years old, while he was 46 years of age.

Meanwhile, Joan herself would soon become a mother. On 10 May 1291, her first-born child, son Gilbert de Clare was born.

Daughter Eleanor de Clare was welcomed a year and a half later in October 1292, in Caerphilly Castle, Glamorgan, Wales.

A second daughter, Margaret de Clare, arrived the next year in 1293. 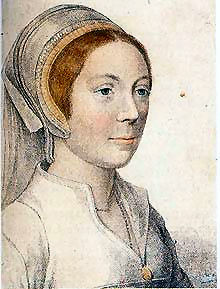 After her husband’s death, father Edward I wasted no time trying to make an advantageous match for Joan of Acre. He finally settled on Amadeus V, Count of Savoy, for his daughter’s next husband. But Joan was having none of that.

Secretly, she had been courted by Ralph de Monthermer, one of her late husband’s squires. Without revealing her attachment, she convinced her father to knight Ralph de Monthermer. Soon thereafter, the couple secretly wed in January 1297 Meanwhile,  her father had set the wedding to  Amadeus V for 16 March 1297.

At some point, Joan of Acre, pregnant with her second husband’s child supposedly said:

“It is not considered ignominious, nor disgraceful, for a great earl to take a poor and mean woman to wife; neither, on the other hand, is it worthy of blame, or too difficult a thing for a countess to promote to honor a gallant youth.”

Whether it was her words or the impending child or a combination of both, Edward I relented, approving the marriage on 2 August 1297, and releasing Ralph de Monthermer from prison. Daughter Mary de Monthermer was born a few months later in October 1297.

Two years later, in 1299, Edward I remarried; his second wife was Margaret de France, daughter of Philip III de France and Marie de Brabant. (She was my 22nd great-grandmother.) That same year, Joan and Ralph were blessed with another daughter, Joan de Monthermer.

A couple of years later, on 5 August 1301, Joan’s half-brother, Edmund of Woodstock (my 21st great-grandfather), was welcomed to the family.

At the time of her half-brother’s birth, Joan of Acre was pregnant with her third child by Ralph de Monthermer. On 4 October 1301, in Stoke, Wiltshire, England, son Thomas de Monthermer was born.

The couple’s final child, son Edward de Monthermer came along in 1304. Joan was 33 years old at the time.

Sadly, on 7 April 1307, Joan gave birth to a stillborn child, who was buried, nameless, in nearby Clare Priory.

Sadly, Joan never recovered from childbirth, and a little over two weeks later, on 23 April 1307, Joan of Acre died in Clare Manor, Suffolk, England. She was only 35 years old. She was interred with her baby.

One thought on “Joan of Acre”

Researching Family History One Ancestor at a Time - © 2012-2020 - Wendy Malinowski. All Rights Reserved

A site for genealogists and history geeks

Gary A Wilson's Stories in a Dime of Time

Autobiographical fun in 10 minutes or less

My Search For My Scots & Irish Ancestors

Just History Posts
55 and Getting Fit!

The Women Who Made Me

A (charmingly?) delusional Victorian actress surviving in the hideous and grotesque modern world.