Seek and Ye Shall Find

When Newspapers.com recently offered three-days of unlimited access to their digitized newspaper collection, yours truly, being ever frugal and always researching, logged on and searched away.

First, I dug into all those brick-wall ancestors and soon hit paydirt, finding a few particularly private ones buried in the yellowed newsprint. Although none of these articles named these dead-end ancestors’ parents, they did provide some insight into the lives they led. 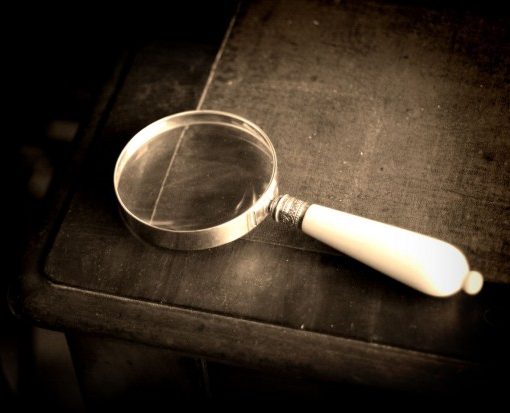 Inspired and invigorated, I wondered what stories I would discover about me and my spouse. Wow! I was amazed at how many class assignment announcements, honor rolls/dean’s lists, sports articles, graduation celebrations, wedding news, and birth announcements I found. Who knew that we had made the papers so many times?

Now, at this point, I should have probably stopped and remembered all those less-than-positive pieces I had discovered in the past. Take, for example, Lloyd Wilbur Cole, who repeatedly was called into question for his questionable behavior; or Bertram Erickson Marriner, whose atrocious spousal abuse was reported by the press; or Vaughn Odeal Spangler, Ora Frances (Spangler) Hesson, and Melissa Gertrude (Harwick) Depp, whose fiery demises were “shocking” enough to appear in newsprint.

I should have heeded this advice: “Be careful what you seek; you might not like what you find.” I should have been more cautious and approached our families’ pasts more tentatively, but I could no more stop researching than I could cease breathing. So, I started looking into the lives of other family members (some deceased and some still living).

Initially, I sought information about my stepfather and maternal uncle, who both died on 11 February 2021 (miles apart). Some family members requested details about these men’s military service, so I consulted military records and newspapers. Although I did not find the information for which I was looking, I did find some “interesting” information about other family members. Okay, interesting is probably not the best adjective to use in this case… perhaps scandalous would be more appropriate.

One of the more surprising articles was about a family member (who shall remain anonymous) who ran afoul with the law in his/her younger days:

[The youth’s] arrest came after officers paid a call at [his/her] apartment and said that they found about $4,500 worth of stolen television sets, jewelry, and a mink stole taken in the [one] burglary.

Detectives said [the youth] was traced when a neighbor got the license plate number of [another teenager] who was seen picking up a youth fleeing the [one] home the night the house was broken into.

After reading the article, a part of me thought: “There’s NO way this is…! Maybe there was someone else in that city with the same name? And the age is off by a couple of years, so obviously, that means that this is NOT…”

Unfortunately, I was wrong. After more research, I confirmed that the person in the article was indeed the family member in question. Turns out that dumb luck, too much curiosity, and a free subscription are not a good combination… a least when it relates to relatives’ pasts.

4 thoughts on “Seek and Ye Shall Find”